The 3D puzzles, were designed in collaboration with Design Futures at Sheffield Hallam University. The aim was to create a series of interactive puzzles from Corbridge Museums collection.

The project used Artec Spiders to capture high resolution scans of small statues of Mercury and Venus. The scans were then digitally dissected into several parts using Blender Meshlab and Meshmixer. The sections were then 3D printed,  magnets were embedded in the prints to allow audiences to build the puzzles to form enlarged versions of the statues.

This was a fun project were I had the opportunity to play with physical and digital forms of interaction. I greatly enjoying working on the project.

The puzzles are part of the re-design of Corbridge’s gallery. 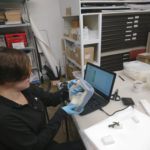 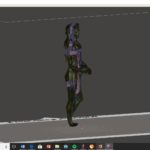 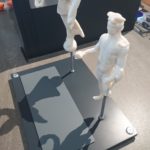 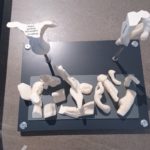